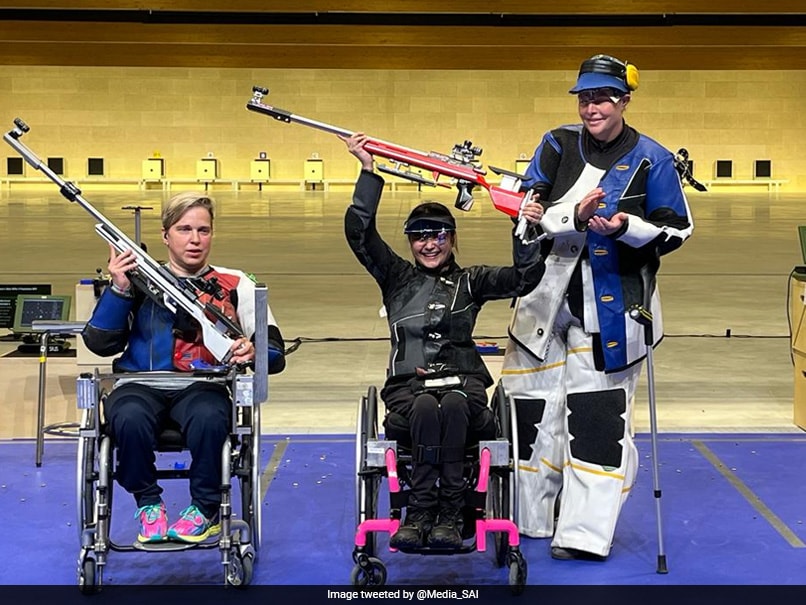 Tokyo Paralympics gold medalist Avani Lekhara added another medal to her tally by winning a gold medal in the R8-Women’s 50m 3P SH1 event during the ongoing Chaturox Para Shooting World Cup 2022. He won the medal with a score of 458.3. This is his second gold medal in the event. Second Gold for Avani # Tokyo2020 Paralympics Double Medalist vAvaniLekhara wins back-to-back at # Chateauroux2022 WSPS World Cup She won with a score of R8-Women’s 50m 3P SH1 458.3 ؛ Avani wins the event at araParalympics Got it. Go girl! ” SAI Media said.

On Wednesday, the Indian pair of Manish Narwal and Rubina Francis won the gold medal in the P6-10m Air Pistol Mixed event at the Chatroux Para Shooting World Cup on Wednesday.

Narwal and Francis won the gold medal, beating China’s Yang Chao and Man Lee. The Indian pair also set a new world record with a score of 565 in the qualifying round.

On Tuesday, Tokyo Paralympics gold medalist Oni Lekhara won the gold medal in the women’s 10m air rifle with a world record score of 250.6 and a place in the Paris Paralympics 2024. The 20-year-old shooter broke his own world record of 249.6. .