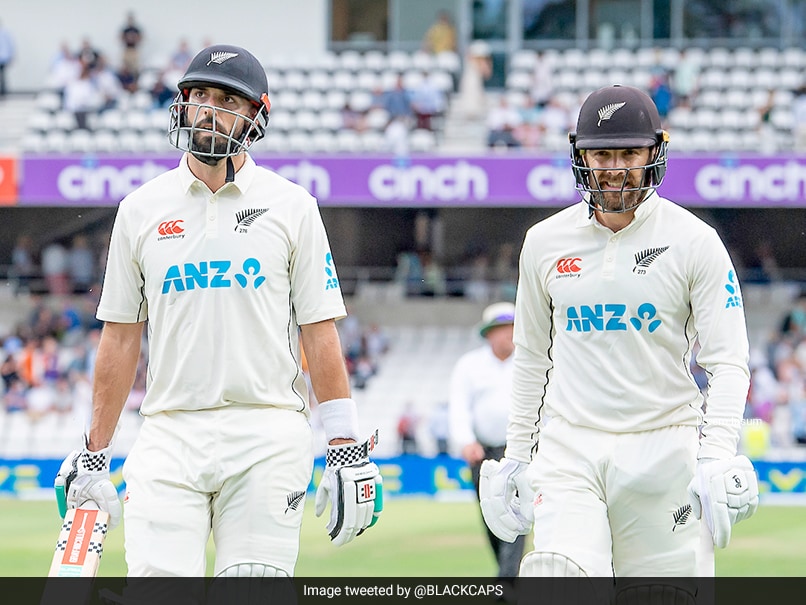 Daryl Mitchell, Tom Blundell put on a 120-run partnership for New Zealand in the first innings of the third Test.Twitter

All-rounder pair Daryl Mitchell And wicket-keeper-batsmen Tom Blundell The most partnership runs for New Zealand during the Test series, adding a total of 611 runs so far. Both set the record during the third Test against England at Headingley, Leeds. Mitchell-Blundell put on another solid show. While struggling at NZ 123/5, the pair put up a 120-run stand which ended with Blindell scoring 55 off fast bowler Matty Potts.

At the same time, they have broken the record of Martin Crowe and Andrew Jones, who scored 552 runs in two innings against Sri Lanka in 1991.

The two have had some amazing partnerships so far in the series. Before this 120-run stand in the last Test, the two made a stand of 236 in the first innings of the second Test, then a stand of 45 in the second innings.

In the first Test at Lord’s, both scored 15 runs in the first innings. Although this stand was the most disappointing of them all, it was followed by a 195-run stand in the second innings.

Mitchell is still in excellent form in the series. In five innings, Mitchell has scored 482 runs at an average of 120.5. His bat has three centuries and a half-century with a best score of 190.

Blundell has also performed well. He has scored 295 runs in five innings at an average of 59. One century and two half-centuries have come from his bat with a best score of 106.

Come to the match, England’s innings is going on at the moment. Batting first, New Zealand were bowled out for 329 runs. Mitchell (109) and Blundell (55) played the best innings that led the Kiwis to such a strong score.

Jack Leach From his spin bowling to 5/100 with the ball was the star for England. Stuart Broad Also took 3/62.