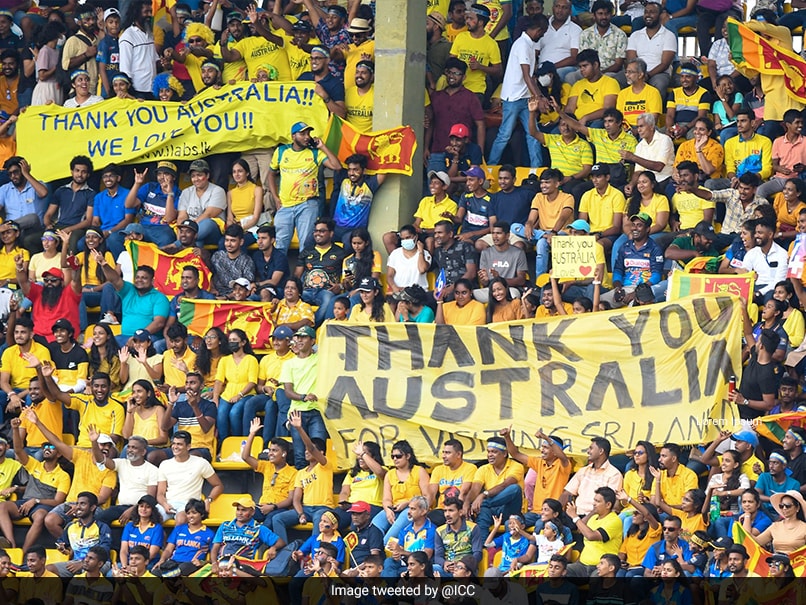 Sri Lankan cricket fans are thanking the Australian team for visiting the country with banners.

Sri Lankan cricket fans thanked the visiting Australian cricket team during the fifth and final ODI between the two teams. Fans, who are crowding the stadium during the limited overs series, came out with “Thank You Australia” banners. Sri Lanka is facing a major economic crisis and the cricket series has managed to bring smiles to the faces of the people in this cricket-crazy island country.

The photos show many Sri Lankan fans wearing yellow T-shirts instead of blue, thanking them for coming to Australia.

The International Cricket Council (ICC) shared some pictures of the fans holding banners.

Australia won the T20I series comprehensively, but the hosts bounced back to win the ODI series as they took an unbeaten 3-1 lead after the fourth match.

It was Sri Lanka’s first victory in a domestic bilateral ODI series against Australia since 1992.

Young people are leading the team. داسن شاناکا Come up with fighting performances to defeat a strong Australian team.