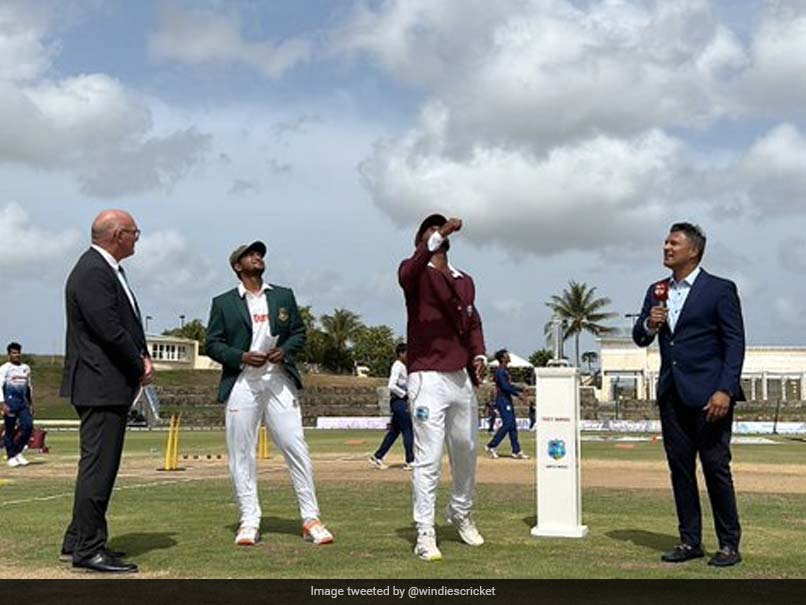 WI vs. BAN, first test, live updatesBangladesh are under three wickets against the West Indies on the first day of the first Test in North South Antigua. Earlier, West Indies won the toss and elected to field. On the eve of the match, senior fast bowler Kemar Roach encouraged the West Indies to pass the fitness test to be included in the playing XI as part of the bowling attack, including left-arm spinner Gadakish Moti. Bangladesh is without a regular wicketkeeper and former captain Mushfiqur Rahim for this campaign and Noorul Hasan has been given the responsibility behind the stumps. Shakib Al Hasan is also returning as the captain of the Test team. (Live Score Card)