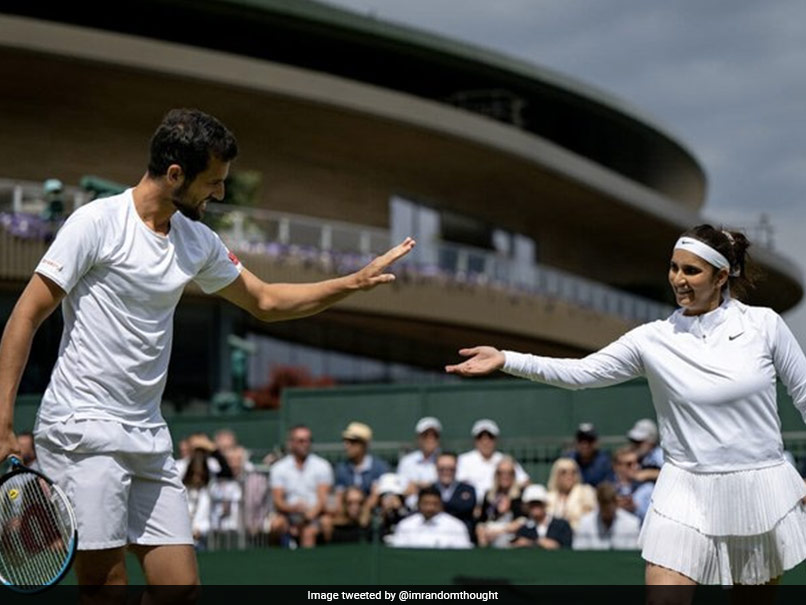 India’s Sania Mirza and Croatia’s Matt Pauk defeated the fourth-seeded pair of Gabriela Dabrowski and John Paris to reach the semifinals of Wimbledon’s mixed doubles. Indo-Croatian, sixth seed won 6-4, 3-6, 7-5 in a close contest on Court 3. Sania, playing her last Wimbledon, reached the Wimbledon mixed doubles semifinals for the first time in her career. . Sania’s brilliant four-hand came on the show once again, her powerful shots caused all kinds of trouble to her opponents.

Sania and Pavic will now face the winner of the second quarterfinal match between seventh seed Desira Kruzak-Neil Skopsky and Jelena Ostapenko-Robert Farah in the tournament.

Sania also competed in the women’s doubles draw, but she and her Czech partner Lucy Haradica lost 6-4, 4-6, 2-6 in the opening round to Magdalena Freich and Beatriz Haddad Maya.

In the first round, Sania and Pavic defeated David Vega Hernandez of Spain and Natella Dzlamidez of Georgia 6-4, 3-6, 7-6 (3).

Sania has already announced her retirement at the end of this season.